h2>Dating : Do You Have a Dating ‘Type’? Research Says Yes

Why you keep falling for the same type of person.

I recently talked to a friend who was recovering from her fifth breakup. “Why do I keep getting all the assholes in my life?” she said, frustrated. Upon digging deeper, I discovered there was a pattern in her romantic relationships. She was getting attracted to the same type of men: men who were charming on the outside, who would shower her with compliments and gifts, who would make her fall head over heels in love, only to turn out to be cheap materials in attractive packaging. I also discovered there were very prominent red flags in her relationships she kept ignoring.

It happens with all of us. We fall for someone, our friends and family warn us the person is emotionally unstable but we ignore their warnings because we’re so hopelessly optimistic about our new love.

Psychologists think our habit of falling for the same type of people is not attributed to luck or accident, rather our tendency to have a romantic ‘type’. This ‘type’ is a personality with certain traits that keeps drawing us towards them. For example, the mysterious type, the charming type, the artist type, the social butterfly, or some other.

Research published in Proceedings of the National Academy of Sciences showed that people have a tendency to fall for a personality similar to their ex-partner’s personality.

“It’s common that when a relationship ends, people attribute the breakup to their ex-partner’s personality and decide they need to date a different type of person,” remarks lead author Yoobin Park “Our research suggests there’s a strong tendency to nevertheless continue to date a similar personality.”

In the longitudinal study spanning a period of nine years, the researchers asked 332 participants who had had at least two romantic partners during this time, to complete Big Five Personality Trait questionnaires. The Big Five personality traits include openness to experience, conscientiousness, agreeableness, extraversion, and neuroticism.

Here’s a brief description of each:

Examples of statements measuring the above traits are: “I am usually modest and reserved,” “I am interested in many different kinds of things” and “I make plans and carry them out.” The researchers discovered that current partners described themselves in ways similar to previous partners meaning people’s dating partners had similar personalities.

Keep in mind ‘similarity’ here does not mean similarity to your own personality. For example, if you’re the introverted type who prefers partying at home with Netflix instead of going out, you might think you’re attracted to introverts. Here we mean that similarity exists between people’s current romantic partners and ex-partners.

For example, the ‘anxious’ and ‘moody’ types (those who scored high on the scale of neuroticism in Big Five) tended to date partners with personalities less desirable and more dissimilar to themselves. The extroverted types, though, tended to date personalities who were less like their previous partners. This might be because extroverts like having diversity in their relationships.

The next big question the researchers asked was, “Why do people date the same ‘type’ of person?” There are several explanations for this.

When we become adults, our attachment styles play out in our adult relationships too.

If you have a secure attachment style, your relationships will have trust and security. You will be attracted to partners like yourself who have healthy self-esteem. In contrast, if you have an insecure attachment style (avoidant, ambivalent, or disorganized) because your parents were distant and unresponsive towards you in your childhood, you are likely to get attracted to types that are cold and dismissive like your parents.

The friend I was talking about was clingy and desperate for love. She had an insecure attachment style. Consequently, she kept attracting men who would give her the slightest attention and love. What she needed was to work on her relationship with herself so she wouldn’t need a guy to make her feel she was worthy. 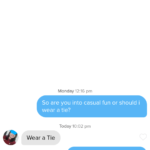