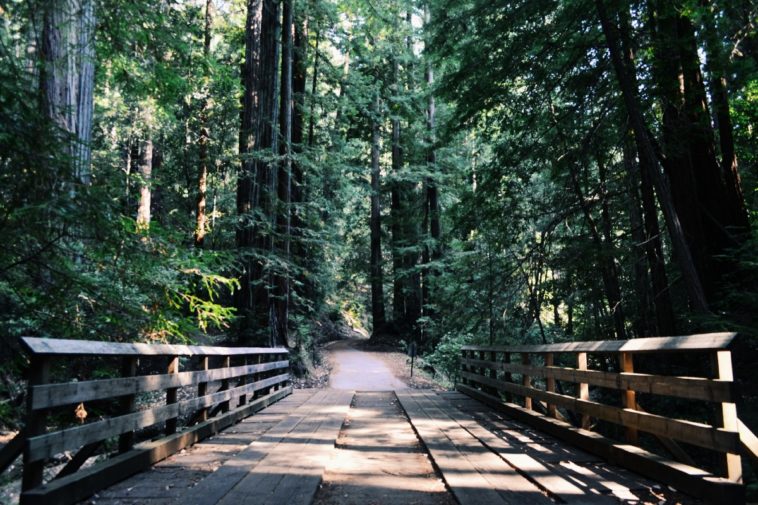 h2>Dating : That One Time I Accused My Date of Being a Murderer and Other Dating Stories

You can probably guess that with my extreme social anxiety and

a Winston-like (the New Girl character obviously) awkwardness with tons of quirks that I have some pretty entertaining dating stories.

You would be correct!

My favorite, among a few others, would be when I accused my date of being a murderer and conducted a complete escape plan in 2 minutes in case things were to go south like I was seeing in my head.

This is our 2nd-ish date. He invited me to go walk his dog at a local park around 8 pm. I was super into this dude so of course, I was like, hell yeah let’s do it!

This is before I dropped the bomb that I’m obsessed with true crime and probably the reason why I couldn’t decide what music to play on the drive to the park because my Spotify history is populated with gory murder podcasts and of course 2009’s prom hit highlights for those quick trips to Kroger.

I normally wouldn’t ride with ANYONE anywhere, since I am a firm believer of always being the driver or meeting up at the destination solely because I want to be able to leave when I want and I don’t ever want to be stuck in a situation I cannot get away from.

However, I really liked this guy and I was too obsessed with his cutoff Black Sabbath shirt and mini-mullet to notice that I was breaking my #1 rule.

We arrived at the park and his beautiful but his huge pitbull was just as excited about this walk as I was.

We started getting further away from society on this trail and I noticed that it was so dark that I couldn’t even see my own hand in front of my face.

I started to get a weird feeling that erupted from my toes all the way into my chest.

I didn’t know this kid that well but these were the things that I DID know.

He has a black belt in jujitsu, he has fought in the MMA, he has a physical job as a brewer (you know, lifting heavy shit), he carries knives-tools-hiking gear-knows nature — anddddd that’s when the panic started to sit in.

He is faster and stronger than me, he has the tools, and we are in an area that I am not familiar with.

Do you know you can’t outrun him or his dog?

you can’t fight him off?

and you can’t hide because you don’t know the area?

Do what any sane person would do…

“JUST SO YOU KNOW! I SHARE MY LOCATION WITH MY 4 BEST FRIENDS AND MY COUSIN AND FATHER SO, LIKE, THEY KNOW WHERE I AM AT ALL TIMES. IN CASE YOU WERE THINKING ABOUT MURDERING ME OUT HERE”

He obviously didn’t murder me, otherwise, you would’ve seen “Arkansas Woman Gets Murdered On 2nd Date” as a headline back in 2017.

But, you know, it’s better to be safe than sorry and let fellas know where they stand at any given moment.

We still laugh about it today in our shared home with now 3 asshole dogs. His mom even brought it up the first time I met her and I did my awkward laugh and probably said something stupid because meeting parents terrifies me.

Now I promised other dating stories but I’ll make it quick — also Z, stop reading at this point because I know you read all my amazing writings and we like to keep the idea that I was a virgin and never dated before I met you.

1) I climbed a mountain with a dude during the night, on a first date, with no phone and he told me I was out of shape. After trying to ghost him for an entire week, he brought me soup to my house and I made my cousin tell him I wasn’t home because I’m not an adult enough to handle my own breakups.

2) I had a guy approach me at a bar that was 15–20 years older than me trying to get my number and I asked how old he was. He got angry and said, “what is that a problem or something?!” No. Bro. Not as much as your attitude.

3) A fan favorite. After a couple of dates with a dude, he was dropping me off after the movies and I went in for a kiss and he high-fived me.

4) I kept dating a guy for an extra 2 months because he had an HBO subscription and I JUST started watching Game of Thrones.

5) A guy told me that I would be physically perfect if it wasn’t for my cankles and terrible posture. We dated almost 5 years.

6) Had a relationship that was centered around going to his house to sing Adele covers as a duet.

7) My mom gave this waiter my number when I was visiting her in Kansas and I was forced to go to this party with him and his church youth group. #hailsatan

8) I dated a guy whose wife lived in a house in his backyard.

9) I thought I was still dating a guy almost 2 weeks after he ended it. Still visited him in the hospital a month later.

10) A guy got me tickets to a music festival in Austin, with backstage passes and everything paid for. The moment I was supposed to leave, I turned off my phone and went to my family lake-house, did puzzles, and watched the democratic debates for 5 days.

Hope you laughed a little or a lot or not at all.

Remember that you never have to do anything you don’t want to do and you should tell people how you feel always.

Annnnd always remember, that men are ridiculous, for the most part shitty, and you should just marry your best friend instead and avoid dating altogether. JUST KIDDING. not really. 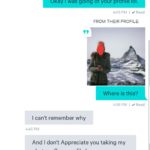