I had only fallen for two people in my life. One died of Leukemia and the other was my first everything. It wasn’t easy falling for anyone because I have built that wall around me that prevents people from know the real me. Until I met you. It didn’t seem like the best way to start something that would be so complicated later. We should’ve seen it coming but we chose to overlook the obvious fact that maybe we might be perfect for each other.

It’s been three months since we started this fake relationship and the contract stated that it would end after that and we decided to celebrate. We planned the usual dinner we always had every weekend but you decided that you wanted it to be special. “It’s the end of a fake relationship and the beginning of a beautiful friendship” you said over the phone, the day we planned our mini celebration. We brought up so many things until we finally agreed on a day in a beach house in Ako-ado.

I thought the beach house would be so spectacular because of the environment, the silence and the fact that many people don’t show up at that time of year. One thing I didn’t think about is breaking the rules.

That weekend, you drove us there. It was a fun ride. We talked about the usual and all the gist we missed out during the week. I stared at your face while you were telling me one funny thing that happened at work. I don’t know whether it was the dark skin or the firm body that got but I was just staring at you. Sometimes when we hug, I want to stay longer and feel your firm body on mine for so long. I didn’t know I was staring for that long until you asked me if everything was okay. I hoped that you didn’t notice how uneasy I felt staring at you.

We got there in the evening. It was a nice warm place. I have been there before so I decided to show you around once we settled in our room. We took a walk around the place and I was reliving my childhood memories. You laughed at the ridiculous stories I told you about the fun and weird times I care to this place with my family.

“This place is nice.” You said to me as we were heading back. “And the walk was nice too”

“Yeah it’s nice” i just said, deciding to keep my feelings to myself.

“You know this is our last day as a fake couple. Do you have anything to say?”

I laughed. I had so much to say but I couldn’t bring myself to go against the first rule I specifically made. It was a joke then but this is now.

“C’mon. Say anything or do you want me to do the talking as usual?” You asked. This time, you looked into eyes. I laughed again but this time I said no.

“Okay okay” I said after soo much persuasion, “All I would say is that, I liked this. It was nice”

“Yes. Why? Were you expecting something else?”

“Nah. You have answered already” but you held and drawing me close you said, “at least I deserve a hug and not the five-second ones you give at our weekend dinners”

You hugged me tight. I could feel your rock hard body on mine and when I put my arms around you, I slid my hand down your back. They were hard. Hard as fuck. I don’t know how and why I moaned a little but I did. I held you tight and rested on you. In a way, i felt content for a second. Then I looked up at you but you were already looking at me as if you wanted to say something but you couldn’t express it.

You kissed me out of the blue. I won’t use out of the blue because on the low I wanted it. I opened my eyes instinctively to check if you were closing your eyes. You were and that made we wet. It started getting intense. My head said no but my heart and my pussy said otherwise. You pulled me so close that I feel your heartbeat through my clothes. I haven’t felt like this in a long time. You stopped suddenly as if you realized something and you said “ let’s go in”

You chuckled a bit and I was still hazy from the kiss. Then I became angry. Why did you stop? Why so abruptly? What if I wanted more?

Suddenly new emotions came to my mind. Why did you kiss me? Did you feel the same way I did? Or was this just going to be the last night together so he just wants to get it done?

As I walked in, I realized that I’ve been standing for so long and my feet hurt. The chalet we got had a mini sitting room, a kitchen and a big bedroom. I decided to take a hot shower because that journey was long. You offered to wait in the sitting room for me but I didn’t want to talk to you at that point. I went into the shower to think. I was horny and angry. Why would you leave me hanging and I hate touching myself. I was going to punish you but I would I stop feeling this way. I haven’t touched myself before but I knew I had to think about something. I had to imagine my hands on your bare body and my hands running down your back. I began to rub my clit. It felt good as I tried to imagine you doing that. I rubbed it and I kept saying your name on whispers. But I couldn’t come. I had to punish you. I took a hot shower and wore my nightie. It was a really short silly nightie barely covering my ass and I wore it out to sleep. You looked at me in awe when I came out. It’s nothing like the short dresses I wear for our dinners.

“I’m going to bed” I said immediately and I went Into the room. It was quiet when I lay down. You didn’t come to the room. I felt terrible and so many things came to my mind. I decided to sleep it away. I’m a light sleeper so when you opened the door, I woke up immediately. You was in your boxers and you apologized for waking me up. You said you wanted to sleep. You lay down beside and faced the other way. I knew you won’t I lay down staring for a while and before I knew it you moved so close to me and you said that you want to cuddle. I didn’t think about punishing you again. My horny ass allowed you to cuddle me from behind. Everything seemed quiet until I felt his erection and a hand squeezing my right boob trying to find my nipples

My nipples were aching for his touch already and once he found it, I knew I won’t be able to tell him no. You rubbed your erection on my ass while playing with my nipple. I was trying to stop myself from moaning but the harder I tried, the louder it got. You turned me towards yourself and you started kissing me intensely, this time holding my two hands apart.

“You know you asked for this. Why would you wear this scandalous thing to sleep”

I didn’t want you to say anything. I just wanted you to suck my nipples. It felt like you read my mind when you began to suck my nipples, licking around it, teasing it because putting your warm soft mouth on it. I just wanted to scream nothing else. I could feel my pussy juices flowing as you started biting it a bit and using your fingers to play with the other one. I wanted to close my legs but there was no way I could do that with you in between them. You put your mouth on my other nipple and I realized how lone this has been. I just moaned softly because the only thing I wanted was for you to be inside me but NO! you decided to punish me. You kissed your way down to my pussy that was already dripping wet. You kissed my clit and then stopped. You looked at me intensely as you stuck your finger into my pussy and brought it out slowly

I knew thé the amount of pineapples I ate but it wasn’t because of you but I was on a fruit fast. You couldn’t hold yourself so you licked and sucked my pussy and I wondered how you knew how bad I liked head. I couldn’t hold myself anymore and I had my first orgasm, shaking like an idiot and I saw that smirk on your face. You left me and moved to the side of the bed. In my mind , I was like ARENT we gonna fuck or what? But I couldn’t say it to your face.

You didn’t say anything again and I was hoping you won’t sleep.

I did what I never thought I would do. I came to your side of the bed turned you towards me and kissed you intensely with my hands finding their way down your trousers. I began to stroke your dick. You didn’t stop me instead you started groaning a little. I decided to come ontop go down on you. As I pulled your boxers off your body, i could see your cock in all it’s full glory. It was big, black and long and I was thinking of how it get into my mouth. I started from the tip. I went down on you. I had learnt a few tricks that made you moan. My mouth couldn’t fit all your dick but you helped me pushing your dick down my throat

I tried not to gag. It was intense. You fucked my mouth hard. You stopped suddenly and told me to sit on you

I climbed the dick and I entered slowly. You groaned and moaned . It felt so intense and I could feel another orgasm building up already

“You’re. So. Fucking. Wet” you said between each thrust.

I threw my head back

Moaning hard. I loved you inside me. I loved holding your strong legs to support my riding

“Call me your bitch” I said. I didn’t even know why I said that but I did

“My. Bitch” and with that, you were fucking me. I wasn’t riding any longer. I couldn’t hold my self. I stopped you and told you to hit me from behind. My ass wasn’t that big of a deal but when you entered me, I could feel it so deeply that if I said harder, I won’t be able to get through the night. You pulled my hair while pounding me. I could feel the spasms building in me. I was going to squirt. At this point I couldn’t control myself.

I started shaking violently and I squirted a little bit. I felt at ease when I calmed down.

And then it hit me. We both broke the rules.

Author’s note: please leave your comments if you like the story❤️ 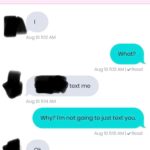