She had those eyes.

I stumbled over my feet and nearly lost my grip on the coffee I had just bought. I was in the middle of downtown on a Saturday morning, hoping to find somewhere to get lost in relaxation. My week had been bumbling and I needed to decompress. My mom had been nagging me about being an adult, my boyfriend wasn’t being very supportive.

I needed a break.

So I sought an adventure with me and my Mac; start the day walking the dog before running down to my favorite local coffee shop. It was a chill, autumn in October, so why stay confined to four walls?

The leaves had just started to turn that shade of auburn, the wind started to have that icy pinch to its lips. Children weren’t frolicking as relentlessly as usual and the tone of the hemisphere started to shift, just the way I liked it.

My explorative goal of the day was coming together and at the same time had been halted by her.

I saw her, like a goddess in the breeze.

Her skin glowed like honey, but it was the perfect shade of copper. Her cheeks were high and her jaw was rounded with innocence. Lips full of what one would dream to be as plump as plums were painted a deep, smoked purple color. The contour was defined by her stoic expression, but in no way hid the freckles that decorated her face; though petite in stature, the curves of her breast and her hips would be told in tellings of Greek Mythology as a sign of fertility and womanhood.

Her jewelry was that of crystals and silver, her clothes were vintage, loosely fitted, and comforting. Her pierced nipples still peeked through her sleeveless white shirt, her auburn skirt danced with Fall itself. Her hair, locked and adorned as if she was Queen Bathsheba, was a sandy shade of chestnut that felt just below her shoulders.

She stood outside of the coffee shop I had just exited as if she was pondering whether or not she wanted to enter. When she noticed me, her expression changed into one that was polite and inviting, and her eyes lit up.

Her irises were a golden shaded hazel that was magnified by the morning light. Her eyelashes moved in slow motion as she blinked. Her wide, modest smile made my heart drop into my stomach. She waved before disappearing into the shop, more than likely due to my awkward staring at what I considered God in human form.

Somehow, gazing into her, I dove headfirst into her person. She had the eyes of a tortured, resilient soul. The heart of someone who has suffered many hardships and abuse in this world.

And yet, she still remembers how to smile at strangers on the street. Finds the silver linings amongst storm clouds. Trips over feet, whether they’re enemies or her own, and still finds a way to search for hope and joy amongst her fellow man and within herself despite what she carries. The purity of her heart hadn’t been corroded the illness of ill intent.

And that is the art and gift of this life. 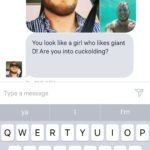