h2>Dating : Unearthing a story I wrote On WattPad

I’ve been de cluttering my inbox and came across an email from Watt Pad. Something I opened up a few years ago. I decided to take a look at what I had written if anything and I found a story I wrote but hadn’t published probably because I was too afraid to do so. 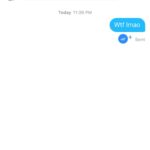