Dating : Is it stupid to not want to date someone because of something so small as a nose ring

Here’s the deal, I feel like an asshole just typing this out. But I can’t help but feel unnatracted to this person

This girl and I have been talking for a while. She’s big into piercings and stuff, mostly on her ear. I’m not really into that usually. She also has a septum piercing, which is fine, not my favorite but I can live with it

The thing is, she recently also got a nose ring. And now it just looks like too much. I can’t help but think it’s unattractive and it really turns me off.

She’s amazing in every other way. But I don’t see myself being attracted to her while she has it

Am I being stupid?

PS: I do not mean in any way that she shouldn’t get it or anything. It’s her choice. I’m just wondering if it’s a stupid thing 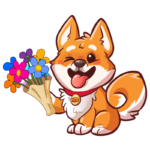