h2>Dating : What We Call “Dating” Teeters on the Brink of Extinction

“If you’re not going to marry me, I guess I’ll stop coming around. I don’t have time for this anymore.” That’s how he proposed.

My husband’s grandparents never went on a date. They didn’t meet at a coffee shop or bar. They didn’t go to the movies. They knew each other from church. He came to her family’s house to repair farming equipment, and then he stayed for supper. That was a different era, a time when a dad’s approval meant something. Nearly a hundred years later, some people in parts of the world still do it like that — but not many.

My friends and I went about love in a completely different way. Our lives didn’t revolve around family or church. We rented studio apartments on the edge of a college campus in the middle of a big city with suburban tentacles that spread out for miles and miles. We practically lived at coffee shops and bars, always eager to make a new acquaintance. We made overlapping, crystalline circles of friends and coworkers. We went on pub crawls and danced in clubs until 2 am.

Now that’s starting to feel like a bygone era.

We like to think love is free and timeless. It’s not. Love is scripted. We adhere to a set of dominant behaviors and pursue relationships as defined for us in a specific cultural moment. We bond. We mate. We do it according to societal pressures and expectations. We either accommodate and conform, or we do our best to deviate and find our own version.

No matter how hard we try, the age we live in always has a deep influence on who and how we love.

For decades, the script hasn’t changed much:

You meet a stranger through some set of circumstances — the more unusual, the better. Then you go on a string of increasingly intimate dates until one of you invites the other back to “your place,” where you sit on a couch and wait for the look. Then you kiss, and eventually work your way toward full intercourse. After that, you decide whether or not you’re “official.” Then you announce it to your friends and update your relationship status on whatever apps you’re using. You date until you cohabitate. If that goes well, then you start talking about marriage and kids.

That’s our script. You either follow that set of values or you reject them, and then you wind up doing something sort of similar anyway. You get married, but you don’t have kids. You live with someone, but you don’t call it marriage. Maybe you call it an “open” marriage.

Above, I’ve basically described every episode of every semi-romantic comedy since the Seinfeld era. Recently, they’re starting to feel a little stale. They don’t seem to reflect our culture or values anymore. Honestly, how long did we think this script would hold up?

Try watching a romantic comedy from 2010, or even 2015. It feels less like a guilty pleasure, more like an artifact.

No wonder it is. After all, people haven’t met strangers in coffee shops for an entire year. (At least, they shouldn’t have.) Most first dates are happening over Zoom, not some tapas place downtown.

Everything we know about dating is undergoing an abrupt shift. These changes might’ve felt temporary, but we’re starting to realize the truth. The temporary scripts are becoming permanent. The way we’re dating and flirting in 2021 is going to become inscribed in our culture.

Screen dates are here for good.

The pandemic has changed dating forever. In some ways, it only accelerated changes that were already underway.

We used to treat dates as casual affairs. You could just see someone for dinner and a drink. You took a chance. It was no big deal if things didn’t go well. At worst you walked away with a funny story to tell. Then you went back to swiping for a few days, or maybe you did something adventurous like go out and try to meet someone the old fashion way.

Apps have become the only safe entry into the dating pool. Someone has to earn your trust now before you agree to meet them in person, even in public. You can’t afford to brush aside their political views anymore. Even a short meetup takes a lot more planning.

Dating has turned into something much more intentional. It’s probably going to stay that way. It’s about more than a virus now. People have realized they don’t have any disposable time or income to throw away on endless casual dates. They’re tired of messing around. They want someone who’s serious, and they want to know sooner rather than later.

Casual dating is dead, for one simple reason.

Casual dating is expensive and time-consuming. It was the luxury of Gen X and millennials, who are now preoccupied with the later stages of their lives. Even they’re not interested.

There’s another reason casual dating is dead. The places where it happened are dying. Consider the geopolitics of romance. In other words, where you live determines how you mate.

Most of the dating discourse in pop culture has consolidated love’s locations in our minds. The movies and shows that taught us our courtship rituals portrayed love in the bars and coffee shops of urban jungles, surrounded by towering offices. Couples met in retail establishments that thrived between downtown areas and college campuses. We’ve spent our entire lives thinking about love in commercial districts.

Let’s not forget high schools, where young people are supposed to meet and fall in love with their first sweethearts.

Whether we’re talking about romantic comedies or paranormal romances, love is confined to a handful of spaces.

We haven’t had much time to think about what happens when all the places where love happens get shut down.

Retail establishments are dying off. So are college campuses. Only a fraction of the restaurants and bars will survive over the next few years. Movie theaters are practically doomed. Even high schools are in the middle of radical change. All things considered, the world that emerges from this pandemic will be unrecognizable.

Love is bound to change with the times.

Even after the immediate fear subsides, we’re probably not planning to pour back into restaurants and clubs anytime soon. A lot of us are going to remain skittish for a while to come. Think about it. Even if you work up the nerve to walk inside a cafe, you’re probably not going to feel like lingering long enough to strike up a conversation with someone you don’t even know, regardless of how attractive they are. All of this is assuming you even have the money to splurge on a night out anymore.

The dating culture we knew is gone.

There might be some attempts at a revival, but they won’t last. Places change to reflect changing values, and they filter back into our daily lives. Let’s face it, we’re destined to fall in love over screens. It makes more sense now. What started on the fringe has become the norm.

What we call a date will change so much over the next few years, I wonder if we’ll even call it that anymore.

What we currently understand as a date will become a memory, something people of a certain age in a certain part of the world used to do, because the economies and spaces they inhabited made it convenient and practical. The new world is here, and it makes dating a huge pain. This isn’t the end of the world. Humans have lived for thousands of years. Out of that whole span, casual dating is just a splish.

My grandparents didn’t know what a date was.

My grandkids won’t either. 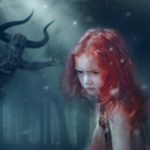