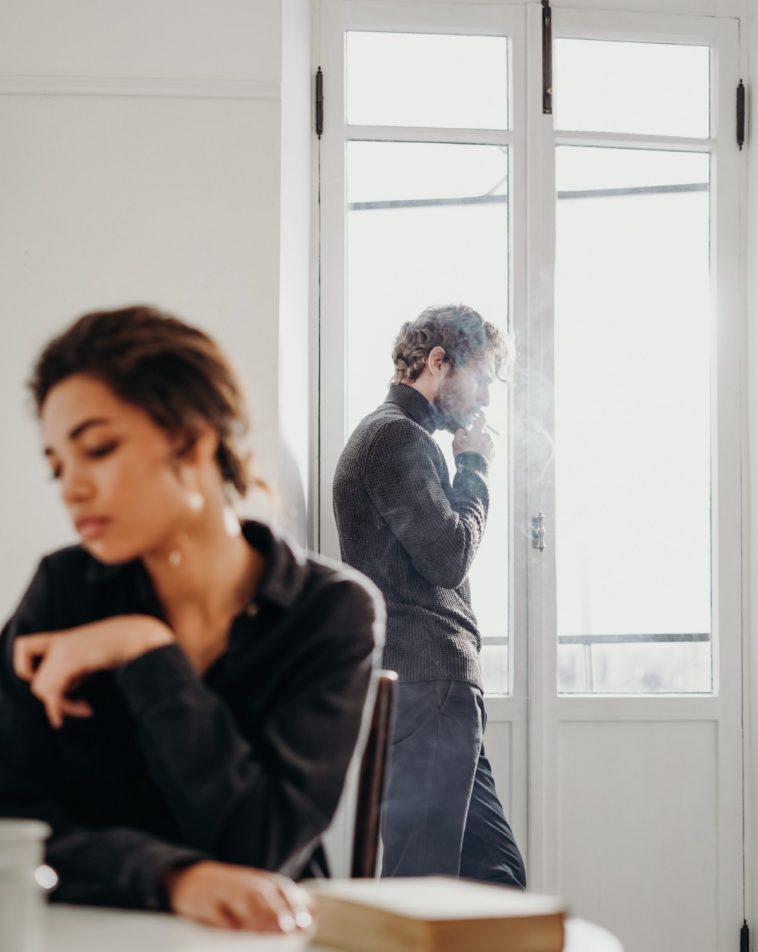 How you can escape the cycle of constant bickering, nagging, and fighting.

When my current relationship started, I realized that I had never learned how to fight. Sure, I was the queen of bickering, micromanaging, and nagging, but I didn’t have the tools to resolve a conflict.

Because arguments are inevitable (and sometimes necessary), it’s important to learn how to fight in a constructive and nurturing way. We’re hardwired to connect — it’s what gives us purpose. But we can’t connect if we’re not letting our guard down. Learning to connect in a moment of conflict is the key to healthy arguing.

Whether your way of dealing with conflicts is moving away (retracting and hiding), moving towards (appeasing and pleasing), or moving against (aggression and control) your partner, we all need to shift away from the following toxic traits and habits into healthier ones to avoid unnecessary hurt and acquire more empathetic conflict skills.

Arguments and conflicts have almost always more to do with your reaction than the actual topic itself. Both parties are focusing on the hurt that has been inflicted on them. We will lash out in a way that doesn’t take into account the humanity of our partner because we’re tending the ego. We ignore the valid points and feelings of the partner, to win an argument. This is because our ego desperately wants to win and be right. Our defenses and guards go up with even the slightest bit of confrontation unless we learn to fight our ego — not fight with it.

We ignore what might be rational or reasonable about the other side’s argument because we feel like agreeing or appeasing gives our power away. Contrarily, being the one to take the step towards resolution instead of turning away in a heated moment is the brave thing to do. When we learn to remove (or simply check) our ego in an argument, it’s possible to hear and see the other person empathetically. Understanding that your ego and self-worth are not being attacked in the conflict will help you work as a team.

Vulnerability is not knowing victory or defeat, it’s understanding the necessity of both; it’s engaging. It’s being all in. — Brene Brown

Reflect on what your reactions say about you, not your partner. Reflect, don’t project. Conflict resolution is not about winning or being right, it’s about being a team.

2. You see your relationship as a competition.

In a world of individuality, you can easily fall into the trap of competitive thinking in your relationship, as well. The constant battle of who is right and who got the last word is like poison to a relationship. I recommend reflecting on where this need to compare comes from.

Whether it comes from jealousy, or a difficulty to feel happy for your partner’s successes, we see everything through the lens of comparison. Another common competition mindset comes from the bitterness of having to do “all the chores” by ourselves. Instead of a loving and empathetic partnership, we end up seeing our partner as an opponent instead of a teammate.

Counting your wins and losses doesn’t get you anywhere. Comparison creates a feeling of scarcity and lacking instead of cultivating an environment of abundance and gratitude. Instead of comparing what each of you has or hasn’t done or accomplished, think about what you both have done to make your relationship thrive.

3. You’ve stopped seeing your partner as a whole person.

By focusing on judgment and comparison, we see our partner through a twisted lens. Often, we dismiss the talents and amazing attributes of our partner because we’re focusing on their weaknesses. Instead, we count our own positive contributions and only focus on the negative when it comes to our partner. Because we spend all our time focusing on what we do, we sometimes miss the other person’s contributions completely.

Negative attribution error in the context of relationships to explain this phenomenon. When we don’t see our partners as a whole person, we judge them on false pretenses. Intimacy expert Esther Perel describes negative attribution error like this: “If I’m in a bad mood it’s because I had a bad day. If you’re in a bad mood, it’s because you’re a nasty person.” You see your own faults as circumstantial, and your partner’s as characterological.

By seeing our partner as a whole person with good and bad moments and attributes, we can make them feel respected. If the positive is disregarded, the negative is blown out of proportion: When you can acknowledge the other person’s contributions, they are not on the defensive, when an argument arises. When we are treated and seen as a whole person, there is no need to compare who is treated better or worse. Acknowledge and verbalize to your partner the things you are grateful for. If both feel seen for what they are and when they do good, there is no need for constant conflict.

4. You’re not vulnerable in your feelings.

When we’re obsessing over who is wrong or right in an argument, we lose an even more important revelation. We ignore how we’re feeling. Instead, we start defending. Our defense mechanisms have shaped into what they are to protect us from harm. However, in a healthy relationship, they often do the contrary.

Whenever we are in an argument, we are reacting rather than expressing our feelings. While anger might feel like a feeling you’re expressing, it’s most often a defense to prevent you from feeling shame, guilt, and hurt. Often, we are not angry about what was said, we’re hurt. A mean comment or disregarded opinion can act as a confirmation for our own feelings of inadequacy and shame. Defenses arise when we feel vulnerable, insecure, and threatened. In the heat of the argument, we fight back instead of analyzing our reactions. Before lashing out, pay attention to the feeling that made you want to attack.

Getting out of the complexity of the argument itself by tuning into your feelings can work as an excellent way to soothe yourself. Lean into the discomfort and ambiguity of feelings to be vulnerable and cultivate connection. When you honestly and authentically express your feelings, the vulnerability will often soothe the argument, as well.

5. You can’t let go of the micromanagement.

Micromanagement is the silent killer of intimacy in many relationships. When you nitpick and nag about tasks and habits all day long, you disregard the skills and intellect of your partner constantly. While it might seem small to comment about the way your partner eats, does the dishes, or responds to the RSVP email, the ongoing criticism affects their self-esteem. Tim Ferriss explains this in the context of the workplace, and it translates beautifully into relationships as well: Micromanagement gives your partner a feeling, that you don’t respect their abilities and knowledge to complete a minor task that often requires no brainpower.

Something being done in a different way doesn’t mean it’s worse or wrong. And yes, sometimes it is worse, but you wouldn’t want to rub that in either. Make it into a moment of education instead of condemnation. They probably know that you would do it better or more efficiently, they’re just trying to help and be fair. When you micromanage every move someone makes, you trap yourself in a position where no one wants to try and help anymore. This creates a cycle where one partner feels like they’re doing “all the work” when, in actuality, they’re constantly discouraging others from helping.

Just because you do can something (better), doesn’t mean you should do it. It also doesn’t mean you should micromanage the other person while they are doing it. Micromanagement only costs us energy and time, and it has no benefits. By cutting out the nagging and bullying from the day-to-day, you increase your connection and intimacy — heart-to-heart.

6. You can’t soothe an argument.

One of the most important skills you can learn in life is the ability to resolve a conflict. Yes, it’s important to dissect the conflict and talk things out. But getting obsessed with the argument starts to give you diminishing returns when both parties get more entrenched in their thinking. The argument isn’t productive if it doesn’t aim to resolve itself.

Apologizing is difficult. Sometimes, it’s even harder to forgive. Whether it’s not being able to calm yourself enough to utter the magic word or not being able to put the argument to the side to find an empathetic connection again, conflict resolution is no easy trick. There is no chance for resolution if one (or either) of you can’t remove yourselves from the emotionality and ego battles of an argument. If you learn to let your guard down to recreate an empathetic connection, the conflict will often resolve itself.

When it comes to apology languages and cooldown time, everyone is different. Even the smallest time outside the heat of the conflict helps us to apologize and forgive because we need to remove our ego from the fight. Getting some space from the argument is essential. Some people can do this self-soothing during the argument, while others need to storm out for a while. We have to put our guard down and be vulnerable before we can bring anything constructive to the discussion.

There needs to be an indication that you are on the same team to be able to soothe and solve the conflict. This can be done through humor, touch, or sincere discussion about why you both reacted the way you did. Respect, emotional intelligence, and putting aside your egos are key in conflict resolution.

7. You don’t have a neutral support system.

We’ve never had more expectations of love than we do today. We expect from our partners all the things we used to expect from an entire village: Our partner should be our best friend, an intellectual equal, the mistress, and the co-parent. Those are difficult expectations for anyone to meet. That doesn’t mean you should lower your expectations, but you need to diversify them to find fulfilment and support from outside of the relationship, as well.

You have to have conversations about the conflicts with your partner with people outside your relationship. However, this does not mean inviting your friend group to bring their biases, emotional demons, and opinions into your relationship. Your friends shouldn’t be a voice that stirs up the pot more. Instead, pick people who help you think more clearly and are brave enough to also say things that you might not want to hear. They need to be people who you trust and who have no agenda — be it a friend or a therapist.

Have a couple of strategic conversations with people whose opinions you value and who you can trust to be impartial. Ideally, they would be people who know about your past, patterns and tendencies, but that’s not essential. This will help you think more clearly and leave some of the unnecessary ventings outside the relationship. 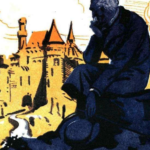 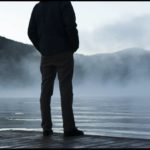