Dating : Got back on dating after taking a break, and got catfished

So I decided to get back into the dating app world again after a horrible incident. Met a guy again for the first time and I got catfished.

I’ve been talking to this for over a week now and when he asked to meet I said ok. When I got there a totally different man approached me. I was shocked at this point. Giving him the benefit of the doubt that maybe he just aged. I asked him how old ago were the pictures, he said 5 years old. I still said uhm yeah maybee he is telling the truth. Then when I asked multiple times how old is he, he admitted 41. When I asked why did he say he is 35, he mentioned that it is just a number and maybe it’s just a typo or a mistake. Now, im seeing that the picture may be different too. Im getting mad at this point cause he is just trying to fool me. Im starting to have a mini anxiety attack from previous experience but I managed to tell him that I can’t do it. That all I want to do is go home. He insisted a little but still left. I was glad.

I googled his number after and saw that people are actually reporting that the person who owns this number is a stalker, creep, scammer, and notorious in meetup groups. 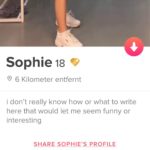 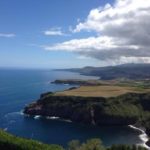