Dating : Have you ever dated someone who rejected you but later on in life asked you out?

Has anyone ever had this happen to them before? 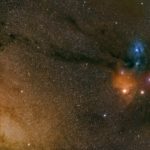