Guys with good height are simply in a different league.

The way women react to tall men is unreal. It’s literally not even worth trying to date when you’re below 6’2. It’s going to be endless compensating, and in the end the woman still won’t be as attracted as she would be to a tall man.

A short guy has to be fit, good job, handsome and interesting just to be equal to some entirely average low income tall man – and even then it’s not comparable, because the tall guy can simply achieve those things but the short one cannot.

The size difference is ridiculous – I’m like a literal child next to a tall man. It’s not just height, height is just an indicator – its the size of hand, broader shoulders, bigger bones… A taller man is simply more massive. Everything on a taller man is bigger and more masculine. I cannot compete. Especially since I have thin wrists too, so its not like just the height is the problem, my entire build is child-like.

What’s the point of having a relationship, when your partner considers you clearly inferior, and has just settled for various reasons?

Trying to date while being short feels like trying to sell a product to people who don’t what that product. You’re just trying to convince women when they clearly want something else 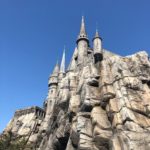 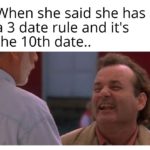