Dating : I’m falling for someone I met once through a dating app and I don’t know how to feel about it.

He was on a cross-country road trip, so after we went on our date he was back on the road again, a week later he went back home to Colorado. We had the most wonderful night. There was an immediate connection, I unexplainably felt safe with him-which is extremely unusual for me as I have severe trauma from past relationships.

We have been in touch for the 5 months since then, and I love talking to him. I find myself constantly missing him. I am confused, as I have never been in this sort of dynamic with anyone.

I try not to overthink things too much with him and just enjoy the fact that we are still in touch and friends. Although, it is a bit complicated, as he has a sort-of girlfriend. He is currently with his ex, but they are separating in a year (maybe less than that now) when she moves states to go to law school.

I find myself in a difficult position in this dynamic, as he will tell he he misses me, but I almost don’t know if saying it back would be right since he technically has a girlfriend.

Should I be transparent and tell him this? Is he just a player, or could what we have going on be something genuine? 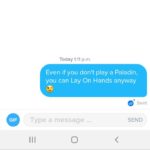 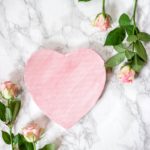