I’m trying to keep it as short and concise as possible and sorry about the grammar, English is not my native language.

I had a crush on this guy from my workplace (we don’t work for the same company but on the same floor). I can’t even properly explain why. He’s pretty good looking and has cool hobbies (I can’t get more specific) but there are a lot of people like that. We interacted once and I ended my previous relationship because I felt I wasn’t being honest if I stayed and there were other issues anyways, meaning, I didn’t want to stay in my previous relationship if I was thinking about someone else.

Nothing happened with this guy (let’s call him Andrew) for 6 months. Then there was a « networking » event and we talked again. We started dating, I was super happy, I thought things were going great. We took a three day trip together where I hiked for the first time, he invited me to meet his childhood friends, then his college friends, his high school friends etc. He even thought about bringing me to his family because we were in the area (or so he says at least). He’s affectionate and sweet. He kept pushing for us to do things together and spend a lot of time together while I guess I was a bit more withdrawn.I told me it’d been a while since he wanted to spend that much time with someone.

I’m a pretty insecure person. I’m not crazy jealous or anything, but I’m extremely wary and don’t give my trust easily. I have a pretty low self esteem but I’ve always been in good relationships, never been abused or mistreated. I just don’t like myself that much because I always think I should be more accomplished than I am. It’s a constant struggle but I’m no pushover or anything like that.

Long story short, I snooped on him and went through his phone after three months together (I know, terrible thing to do and breach of trust) and discovered a few upsetting things.

Number 1: He was in a 10 months long relationship before me (Let’s call her Lea) which I knew. It started casually on a dating app and it took a long time for them to be « together ».He claimed he ended it the day after we met. It was not true, more like 10 days afterwards. We met for coffee a couple times around work during those 10 days.

Number 2: He cheated on the previous girl with the girl he was with before (let’s call her Megan). He slept again with that girl a few days after him and I met at the networking event. When confronted he claimed sex wasn’t that good with Lea and when he ended it with her, he just went back to Megan and it didn’t mean anything. He admitted to cheating and that he took the coward’s way out instead of just ending things. He said it’s the first time it happened. He wrote to one of his friends that she was a nice girl and he couldn’t see himself developing the feelings he wanted to develop.

Number 3: He was smitten with a girl from his previous workplace who kept strigging him along. Let’s call her Rachel. She apparently was not interested in having a serious committed relationship (in general, not just with him). He kept trying to pursue her to no avail. I found texts from less than a month ago following a party he went to at the previous workplace where he ran into her. The conversation was missing the first part so I didn’t get the full meaning. It was hard to understand what they were refering to but it didn’t seem romantic or sexual in any way. Just that apparently he asked her a pretty abrupt question or something like that. When confronted he said that he only had bad feelings regarding the situation with her and just wanted to get her out of his system a final time.

We had a few conversations and I told him that it was only three months old, we don’t have commitments like marriage or kids, nothing is forcing us to stay together, so if you want to sleep with your ex or pursue another girl, you’re free to so and we can all go on our merry way. No need for drama. I told him it’s 100% or 0%, nothing in between. He assured me he got them both our of this system and wanted us to work out and that we would focus on building the trust back.

He told me before that I needed to open up more to him (he called me a black box). I know I should do that but I don’t want to be vulnerable to someone before I can trust them. It’s also hard for me to judge him for the cheating when I did it myself before.

I talked about that to my mom and some of my friends with more details, and they were all pretty chill about it surprisingly. Saying things are not black or white, I should give the relationship a real chance and not ruin it with my mistrust and that what he did was a mistake and he probably understood the lesson. He does talk about future things, he’s like to move back abroad for example. When I told him that I can’t move as easily as him he said that if we worked out he wouldn’t leave without me and we would find a place suitable for both of us. He talks about hobbies we should do together when september comes.

I’m a bit torn and I’m not sure what to do. I guess I need outside perspective. Please let me know if something is unclear or if you need more information in order to give proper advice.

tldr: started a new relationship with a guy, snooped on him, discovered a few upsetting things, not sure what to do now

Read also  Dating : Should I date someone I don't find sexually attractive 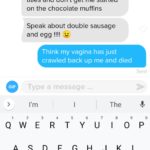