I’ll try to make this short. Girl I’ve known for a while through work (customer, I was a manager) agreed to give me her Snapchat when i asked. We talk a bit as we have many similar interests. We chat somewhat frequently.

I invited her to hang out twice and she unfortunately couldn’t and had legit reasons which I understood. Second time she said she’s usually more available fri-sun hinting that she would like to hang out as she’s giving me her free days.

I tried inviting her to a group gathering and she didn’t show up despite saying she would. I ignored her for a few days after then asked what happand a few days later and her excuse was she felt she didn’t know anyone there well enough and didn’t know where it was (I gave her the address). She says she’s got a lot to deal with as a single mom, helping a friend with school, helping another friend with a family members death and helping an elderly neighbor (guess I rank below all them). I said it’s fine and she said please don’t take it personally and I said I get it life sucks.

About a week later i tried again and asked if she wanted to watch some Netflix (legit just watch Netflix not ‘watch netflix’ as she mentioned she barely had time to watch a single episode) she said she can’t and is dealing with a neighbor dying at the moment.

At this point I’m starting to even wonder if she’s interested in a damn friendship because that’s all I really want right now. She’d be cool as a potential girlfriend but I can never seem to get any time with her outside of seeing her at work occasionally to tell if we’d even work out. She’s also gone radio silent on me for the last week. I’m at a loss. She’ll gave her drug addict/dealer baby daddy who assaulted her and her kid two chances yet I can’t even get a ‘yeah lets hangout!’ What kind of bas ackwards world do we live in…

Read also  Dating : What did I do wrong ? 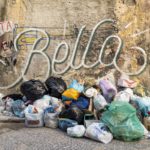