Dating : Would you lose interest in a someone if they were taking too long to text back, even if they were otherwise a good person?

I matched with this guy on tinder back at the start of June. I was getting a lot of matches and found it difficult to reply to every message, until I realized I didn’t have to. I think I ended up responding to him almost a month later when he sent a follow up message, and his profile shot up to the top. I was planning on deleting the app because of the types of messages I was getting, and just realizing I probably wasn’t going to meet any of them. Anyway, I ended up giving him my number in a “what the hell kinda move” and deleted tinder.

I feel like I can tell that he’s a genuinely nice person, just based on the few conversations I’ve had with him and snooping around his IG. The problem is, this man takes anywhere from 8-18hrs to respond to a message. And because I don’t want to seem like I’m jumping at every opportunity to talk to him, I take just as long to reply. But this is petty and I don’t like these kinds of games. It sucks because I like him and want to see him but the fact he takes so long is turning me off.

We’re planning on meeting up next Friday. I should mention that he asked me out and has been very flexible with the days and time that don’t work for me, so he is clearly interested. Am I being crazy for second guessing him because of how long he takes to reply to a text?

Read also  Dating : Just had the best first date of my life from a guy I met on a dating app 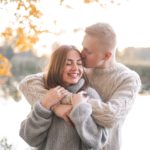