I have an old buddy who calls me up to chat pretty regularly. We were college buds but since college we moved away from each other but still keep in touch and chat pretty regularly. Lately he’s been telling me about how his dating life, or rather lack thereof sucks. He says he’s too ugly, or weird or whatever and can’t get a date. Here’s the issue I keep telling him what to do, he agrees it’s good advice but then refuses to do it and just keeps bitching about it.

He’s like I’m not attractive enough or I’m too weird, to which I respond,  »you’re no brad pit and you’re a little weird that’s true but, remember back in college, I was 300lbs (have since lost 100lbs, proud of that) and so fucking weird half the girls who went out with me thought I was a possible serial killer, and I still managed to get dates, you’ve got no excuse. Just take my advice and you’ll be able to get a date ». And he won’t listen to me.

He’s 25, with a kick-ass job, making 90k a year, one of the smartest people I know, a self taught musician, and he’s creating his own video game. I tell him,  »you’re smart, interesting, and already at a place in life financially most people don’t get to for another 10 years or more, you should have no issues at least getting a date if you would just take my advice ». But he won’t, he just keeps trying the same thing over and over again that I told him won’t work and never does, and now despite his tremendous success in life he’s 25 and never been on a single date. If he won’t take my advice so be it, but I’m sick of hearing him complain about it and then refuse to listen to me.

TLDR; My friend complains to me about how he can’t get a date, I tell him what to do, he refuses to take my advice and then keeps complaining about it, and I’m tired of listening to it. 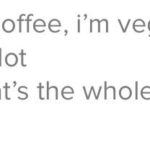 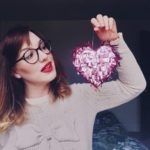