Dating : My boyfriend is an introvert and I’m an extrovert

I’ve been dating my boyfriend now for 6 months and if I have to be honest, it been kinda boring. My boyfriend is very shy and introverted which contrasts with me being an extrovert and being really outgoing usually. And honestly I’m completely fine with that, but there’s been times when I really just wanna say ‘come on’. Because the only time I even see him at this point is literally at each other’s houses. We’ve only been on 3 dates in the span of our relationship and he really doesn’t like my social groups and therefore doesn’t like hanging out with me when I’m with friends/people he’s not close with. At first he was a little more open to joining in on doing things and going out (like we had when we were friends (we’ve known each other for 2 years)) but in larger social groups he’d kinda drift off and just get really quite and not socialize. I don’t mind this that much honestly, because I can’t force him to be social since I know he’s not, but I really struggle around groups with him because he completely shuts out everyone but me and it makes things kinda awkward I guess?
He doesn’t like hanging out with other guys (except for ones he’s close friends with) and he hates double dates even though he’s never been on one. I suggested this a long time ago with a close friend of mine with her boyfriend and he just made excuses that we shouldn’t be seen out in mixed groups (boys and girls) because the police will question us and get us in trouble (we live in a pretty religious country but the city isn’t too strict about such policies ). I just feel drained at this point and I don’t even try to suggest going out at this point because it’ll just upset him.
Not only that but I’m so goddam tired of going over to his house which is really fucking far from mine because he can’t/won’t come to mine so I spend approximately 20$-30$ approximately on a ride (one way!) to get to his house so we can watch a movie, chat for a bit and then fuck. And sometime he’ll invite like 2 friends over and we straight up just play uno or watch movies so like yeah.
Not saying that it isn’t fun but I’m just so bored of this routine at this point, I try suggesting things that could make things more interesting like maybe a bit of alcohol or something, but because his parents are religious, we can’t.

I might just sound whiny, but I really miss being in a relationship where I can actually go out with someone and we can both have fun. And that we feel like a couple when we’re out, I’m so incredibly jealous of my friends who have their boyfriends/girlfriends with them at hang outs and can spent time with them often etc. and for crying out loud, my best friends boyfriend literally drives from another city to see his girlfriend ATLEAST once a week.

I barely see my boyfriend nowadays because I don’t have money to constantly take a cab/Uber to his place and even if I do I’m so busy with school and exams atm that I can’t make time to go to the other side of the city to see him for 3 hrs. Honestly meeting up at a mall or somewhere closer would be so much better but because of he doesn’t like being out it just doesn’t work, or he makes excuses or doesn’t have time etc.

I’m just really tired of this relationship at this point and it’s just draining the last of my energy to compromise out needs. I’m moving in less than a month and will be breaking up with him (since I don’t want to do long distance) and part of me feels a little relieved? I just want to end things and go back to being friends without hurting him and moving seems almost convenient now. 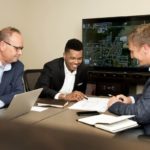