Dating : Me and a few friends had a crazy discussion

First off, imma a short guy (5’5) I was talking with a few friends about dating apps vs reality. I come across so many profiles where women say 6ft and up, if your height starts with 5 don’t bother, and sometimes flat out saying no short guys, me I don’t mind cause you can’t be butt hurt over women liking what they like, I mean us as men can make our demands and have our preferences as well.

I thought about the reality of things when it comes to height. Tupac 5’9, Jason Statham 5’10, Da Baby 5’8, Bruno Mars 5’5, Nelly 5’8, The Weeknd 5’8, Kanye West 5’8 these are guys who still as of right now that have been or currently are very popular amongst the ladies

I added Tupac because even to this day, in death, he’s still the man when it comes to the ladies, when he was alive he was that guy, and even now he’s still considered a fantasy for a ton of women.

I asked my friends just from these names if they were regular guys in their twenties today on dating apps, would they have the same success with women, they said yes, without the fame, money, status and popularity, I told them i don’t think so, what do you guys think?

Because my argument is that success and status raises a man’s value to women, let’s take every woman dating apps that said 6ft and up, and if you’re short don’t swipe, and put them in a room with the weeknd, a lot of them would not have the same attitude. 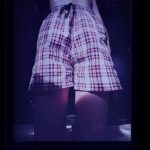